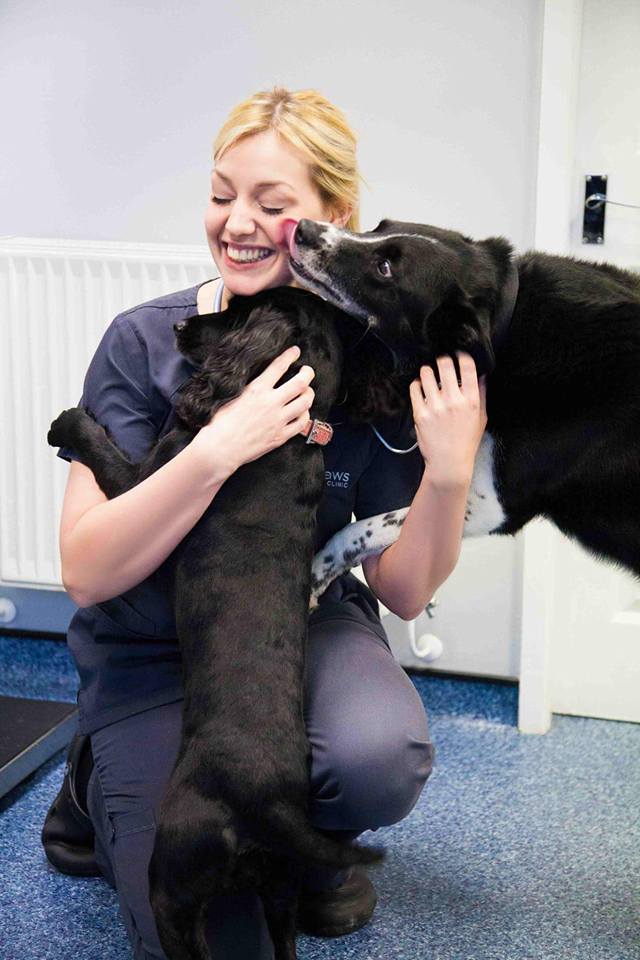 I qualified from the Royal (Dick) School of Veterinary Studies at the University of Edinburgh in 2011. During my degree I worked with wild game in South Africa, as well as an animal charity in India, seeing and learning and gathering invaluable experience. Once graduated, I worked for a year in the UK before deciding to travel to Australia to work as a small animal Vet. I returned to England a year later and resumed my old post after a short stint locuming in practices around the North East. After 2 years I decided to make a move into Emergency Medicine and went to work for Vets Now. This allowed me to learn modern emergency medicine techniques and treatments, seeing very interesting cases we usually wouldn’t see as a GP vet. As well as this, I worked as a locum Vet – filling in for Vets when they were short staffed, allowing me to work in various different clinics, learning new things all the while.

The opportunity to buy the Newton Aycliffe clinic was offered to me, and I decided I was ready to become my own boss. I have since returned to general practice.

I have always been a dog lover but over the years of being a Vet the appeal of cats must certainly be contagious as I am turning into a crazy cat lover as well. I have three dogs who accompany me almost everywhere (including to the clinic, as some of you have probably already met them). I have a Working Cocker Spaniel called Hollie, and a very naughty (but also very funny) Pug called Arnold, and a Long Haired Standard Dachshund called Banger. At home I have two domestic short hair cats called Titch and Olivia, as well as seven hens. All are rescues and came from harsh beginnings, which are now thankfully distant memories.

I thoroughly love what I do, and I am passionate about being a Vet. My personal interests are Oncology – cancer, Emergency Medicine, and Soft Tissue Surgery. Everything I do is driven by a genuine love of animals and a thorough appreciation of the bond people have with their pets. In my spare time I can be found out walking my dogs, learning to horse ride, spending time with my family, or reading. I believe that being a Vet is more than just a job, it’s a way of life and I wouldn’t change it for the world.